Canada’s innovation performance is weak compared with leading industrial nations with an increasingly clear gap between Canadian business innovation and the country’s strong science & technology capabilities. The gap has confounded decision and policy makers trying to understand why Canada’s strong science & technology capability has not translated into economic growth, improved productivity, and prosperity. The country has relied on an “R&D Supply Push” model by heavily investing in post-secondary research investment that has not translated into any meaningful commercialization.

The importance of this issue is paramount for the future prosperity of Canada as developed countries emerge from the financial crisis with weak growth. Although Canada came through the crisis relatively unscathed due in large part to a highly regulated financial system and strong resource sector the nation’s growth is beginning to fall behind other industrial nations who from their own visceral experiences during the financial crisis recognize that competing on innovation is essential to drive future growth in a new global economic structure.

The Council of Canadian Academies has published as series of studies between 2009 and 2013 exploring Canada’s weak innovation performance. These key studies are Innovation and Business Strategy: Why Canada Falls Short,  The State of Science & Technology in Canada 2012, The State of Industrial R&D in Canada, and Paradox Lost: Explaining Canada’s Research Strength and Innovation Weakness. The most recent, Paradox Lost, is perhaps the most important as it summarizes the results of previous studies to get to the heart of the gap problem in Canada.

The Council of Canadian Academies has identified three main reasons why Canadian business leaders have not adopted innovation as a strategy:

The Council of Canadian Academies suggest though that the underlying conditions are changing that will force Canadian firms to seriously consider adopting innovation as a strategy because of: declining growth rates in highly developed countries including the US; environmental challenges of global development-driven resource demand; adoption of genomics and nanotechnology by competitors that could leave Canadian firms behind; and aging population forcing up labour costs in Canada.

Although policy makers are becoming more aware of this issue business leaders and the population in general have not felt the need to consider the implications because, as the Council points out, there has not been a “visceral realization needed to motivate a meaningful change in strategy“. Canadians experience this problem differently depending on their region since Canada is composed of two very different economies: the east dominated by manufacturing and the west dominated by resource sectors.  Central Canada with a strong dependence on manufacturing is perhaps feeling the most pain and this region has often relied on a weak Canadian dollar as a competitive pressure relief selling into the US. With a thickened border with the US it is difficult to predict if central Canada will be able to return to the past without international market growth. Western Canada has felt the increasing competitive pressures of environmental challenges which is certainly driving innovation but the underlying high production cost of oil & gas in particular has not been addressed. As the Western energy producers are exposed to international markets in competition with lower cost producers production cost issues will need to be solved for the young Western energy supplier base to survive, thrive, and grow.

Moving forward the Council of Canadian Academies suggest that Canadian innovation policy will need to become more ‘firm-centric’ and according Bob Fessenden, one of the key authors noted that “science & technology will be necessary but not sufficient” to drive economic growth. The emphasis will change in Canada from the traditional “R&D supply-push” approach to a “business pull” on Canada’s strong science & technology capabilities.  He noted recently that innovation policy in Canada will need to move to a new paradigm where the Canadian government will need to take a “whole of government approach” aligning trade, procurement, regulatory, and championing “visionary initiatives” or “grand challenges” to drive business growth through innovation.  The new innovation policy should more broadly cover and align these government influenced market signals, input costs, innovation ecosystems, and science policy.  Innovation policy is therefore moving closer to “industrial strategy” which is something that the country has been sorely lacking to align the R&D investments with Canada’s comparative advantages in the new global economy and emerging competition.

The Council also noted that “Canada’s fundamental challenge is to transform its commodity-based economy to one based on providing a greatly expanded number of markets with an increased variety of goods and services where firms must compete primarily through product and marketing innovation“.  Pending some new black swans, perhaps Ontario and Quebec becoming “have-not” provinces with persist high unemployment may be just the visceral realization necessary to make this change happen.

1 thought on “Mind The Gap” 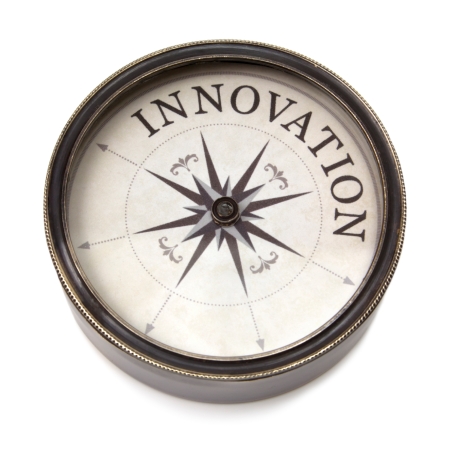